Tim and I just got back home from a nice long vacation in Florida and boy, do I have some photos for you!

We headed down to Florida for the sun, the surf, the beach, the warmth, the humidity, the occasional thunderstorm, but also for large amounts of family, and one cousin in particular. My little cousin was getting married! It was due time to see the family and it was great to finally get to meet my cousin's new wife. Also,  this time around we got to see most nearly everyone which is rare as I have more than 20 cousins in total if you count extended family and second cousins! And while we were there we got to meet some new family to boot!

We stayed in Florida for just about 10 days and we really packed our activities in the time we had to spend there.

We arrived the night before and was picked up at the Fort Lauderdale airport by my wonderful aunt for whom was graciously giving us a place to stay for most of our trip out there. We woke up the next morning on Wednesday to unexpectedly cold weather! And I mean it was so cold! I don't remember Florida ever being that cold even though we have old home movies of icicles growing from our roof from when I was little. My aunt said jokingly that we must have brought it with us because the day before it was 81 degrees! But the weird thing was was that California was actually warmer than what it was in Florida on our first day there. Anyways, with so much cold, it kind of put a damper on things and limited us with what we could do with our day.

But it didn't stop us completely. For the first day I had to go out and get some Cuban food! We made a lunch stop at a local Cuban restaurant, Las Vegas, and I chowed down on a Cuban sandwich and fried plantain chips. If you've never had a Cuban sandwich, they're awesome. The bread is fresh, crunchy on the outside, and soft on the inside with the most delectable sweet and tender ham ever. 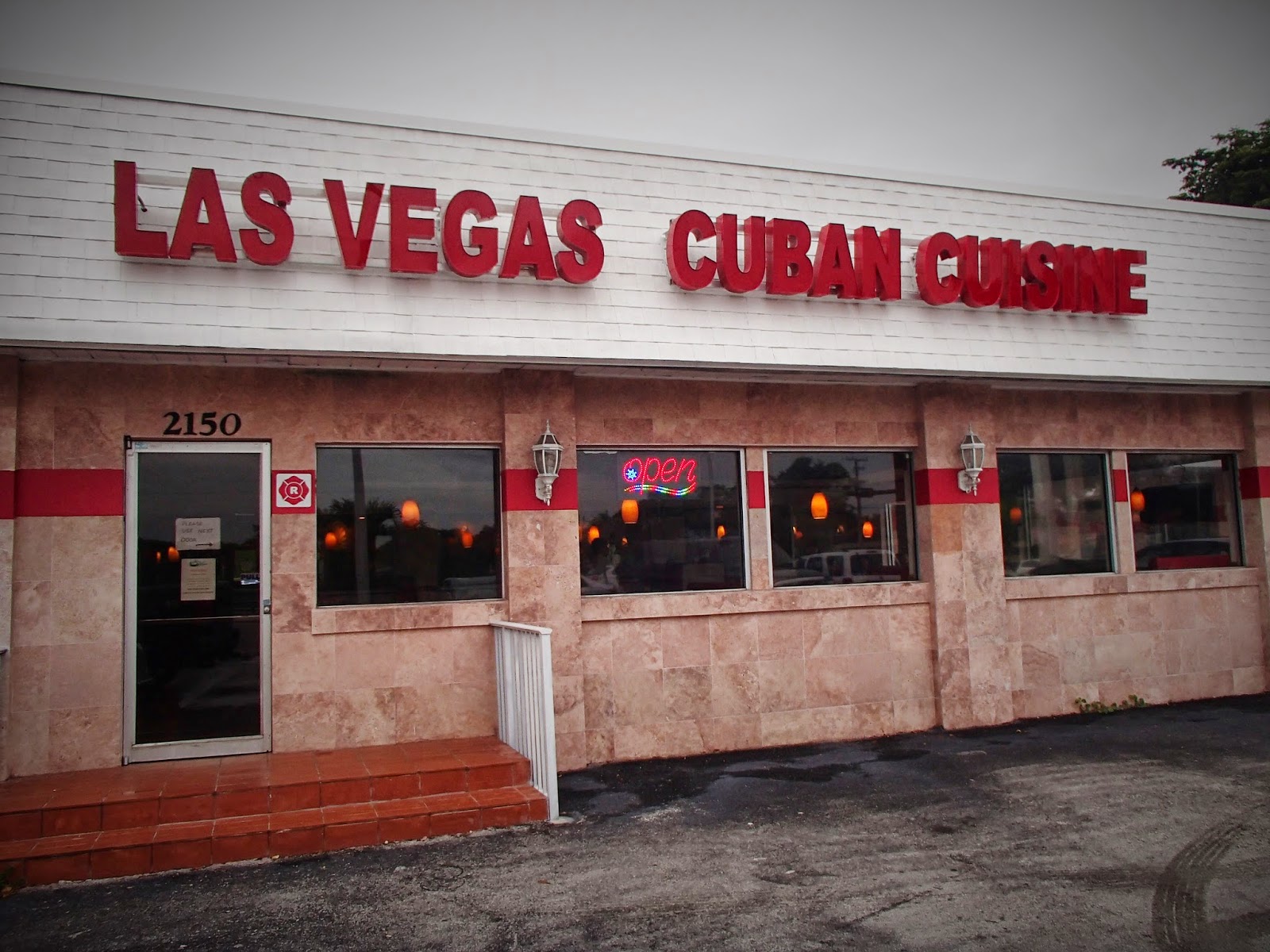 After lunch we picked up my little cousins from school and hung out for a while then went to my grandfather's house to see not only my grandparents but also my uncle and two more cousins who surprised us by coming over. It was a full house for dinner and it was great to see family after being away for so long.

Outfit of the Day:

On our second day it was too windy to go to the beach. Instead we went out to lunch at a bbq restaurant and then had an extra special treat getting to go see my uncle's restored 1951 Chicago Fire Patrol truck! My uncle is a real buff for the old Chicago Fire Patrol and has even written and published a book about it! He has a special place in his heart for its history since his grandfather was a Captain in the fire patrol. This is the actual fire patrol truck his grandfather rode it! 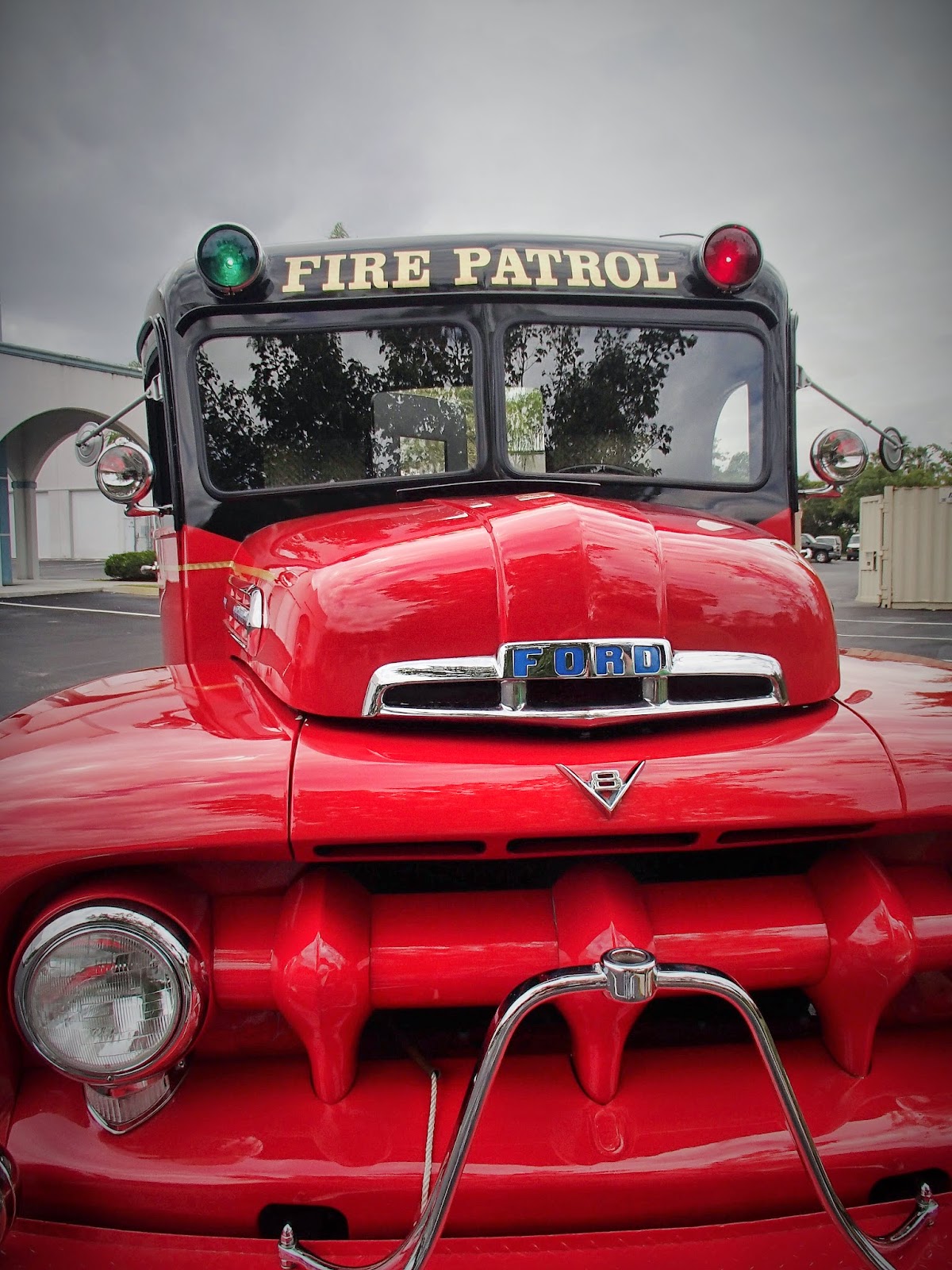 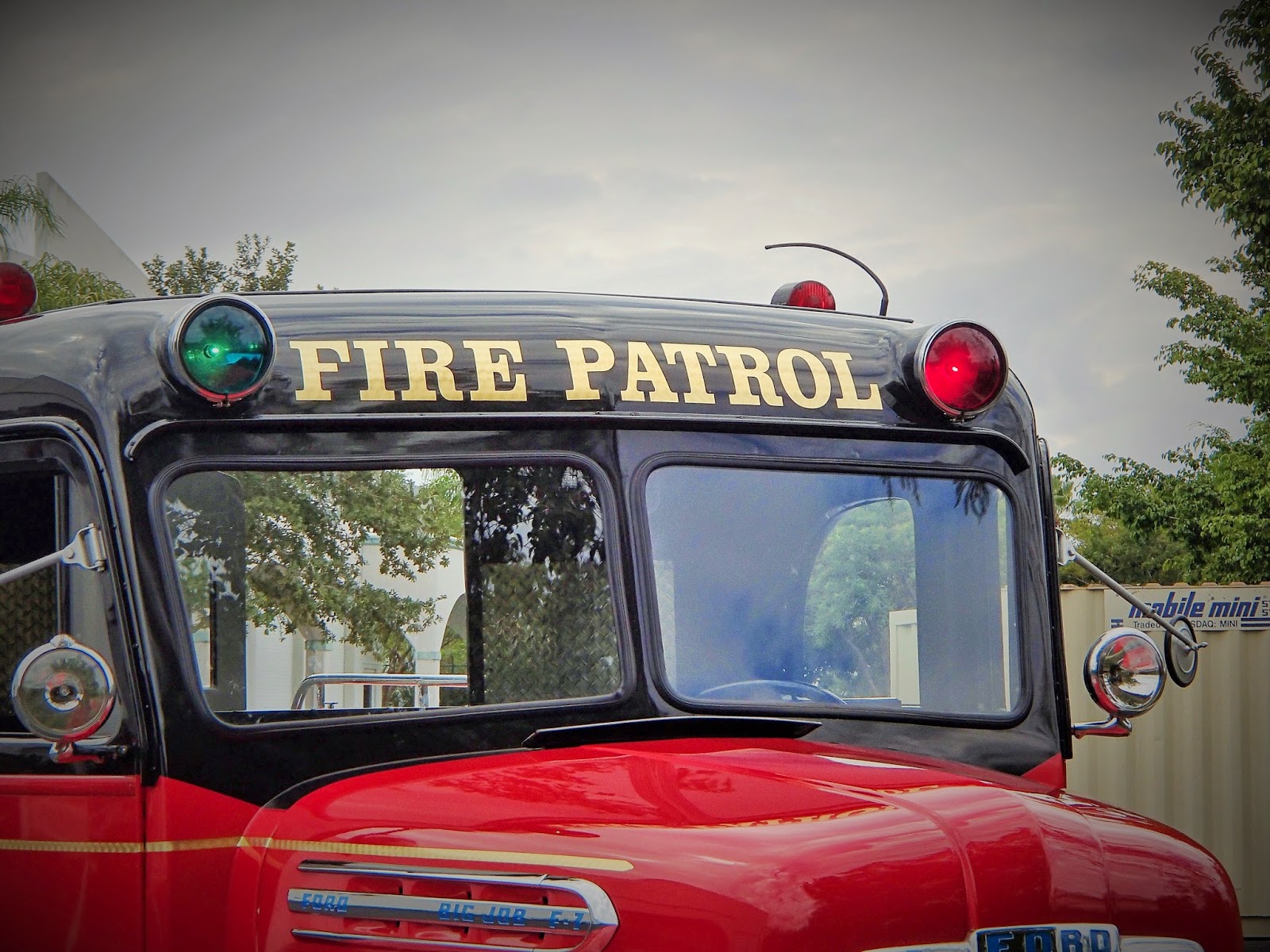 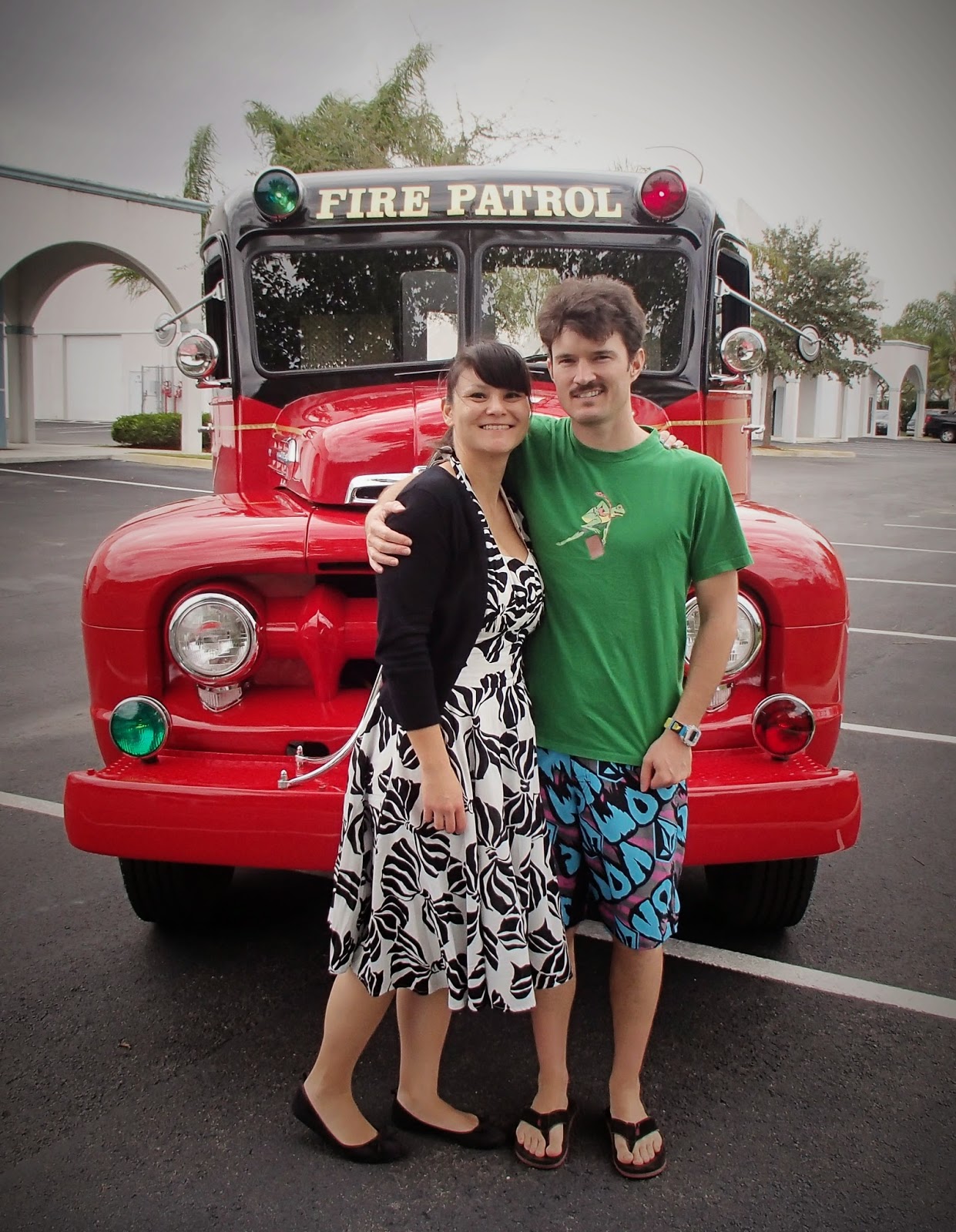 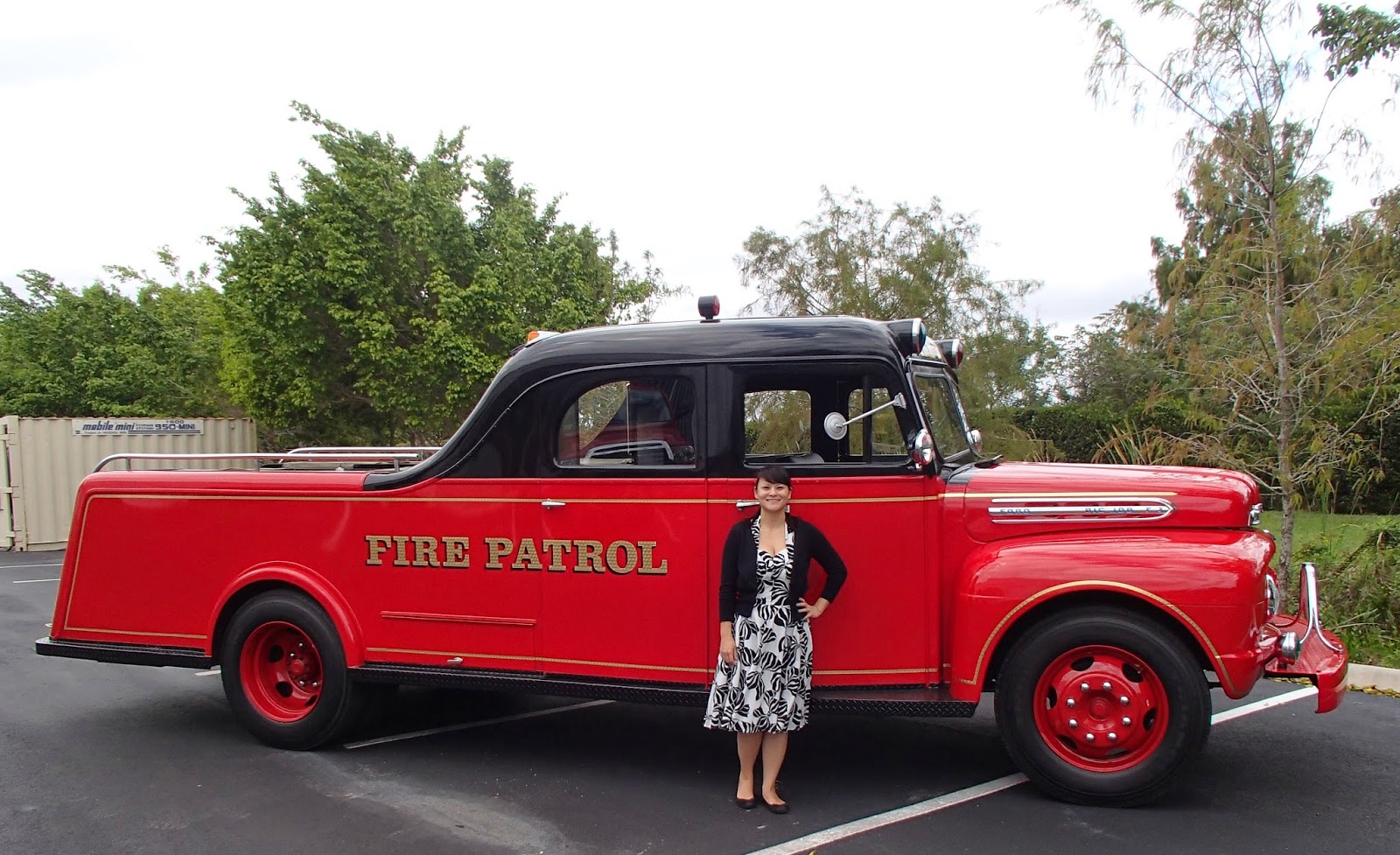 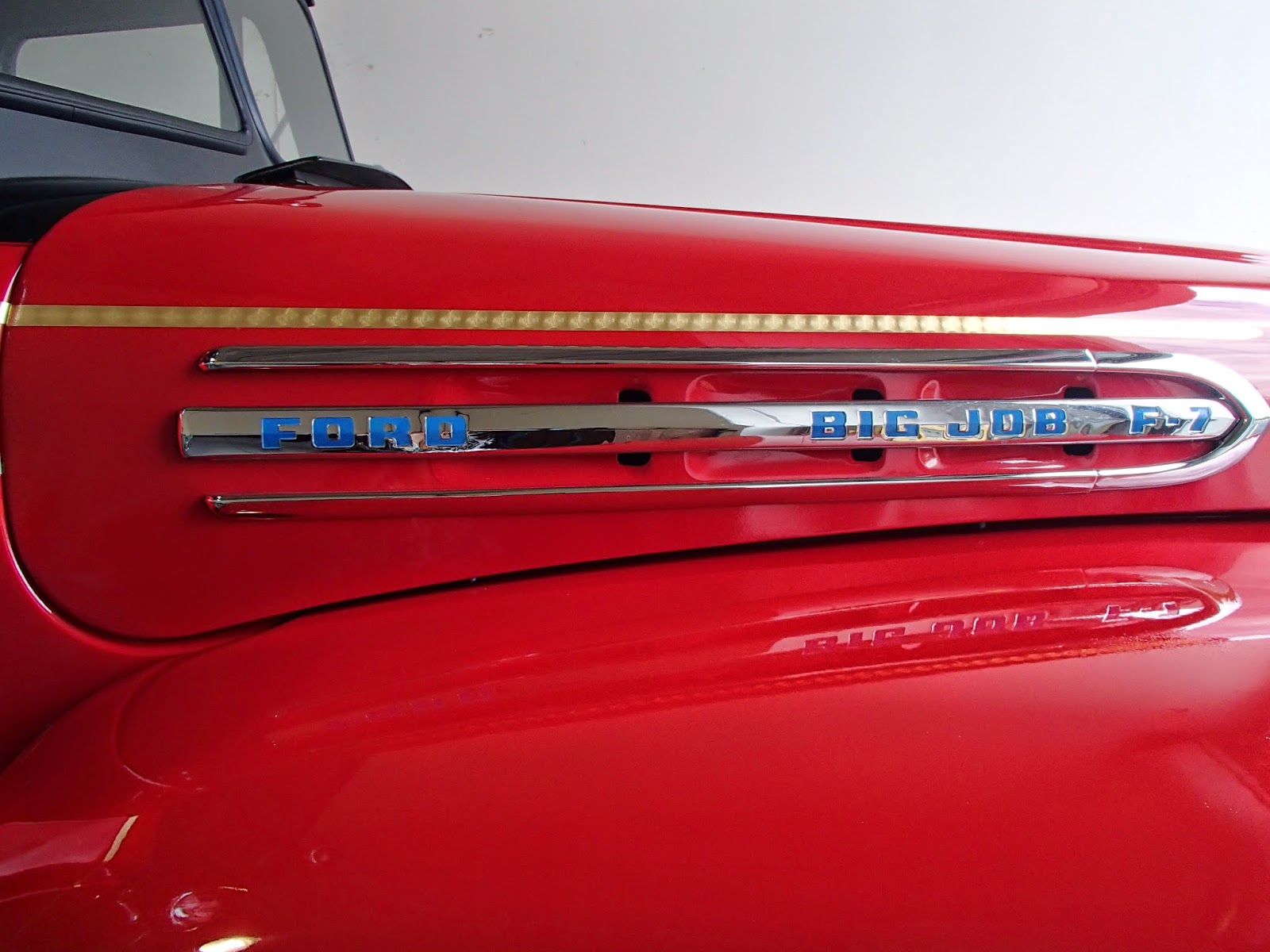 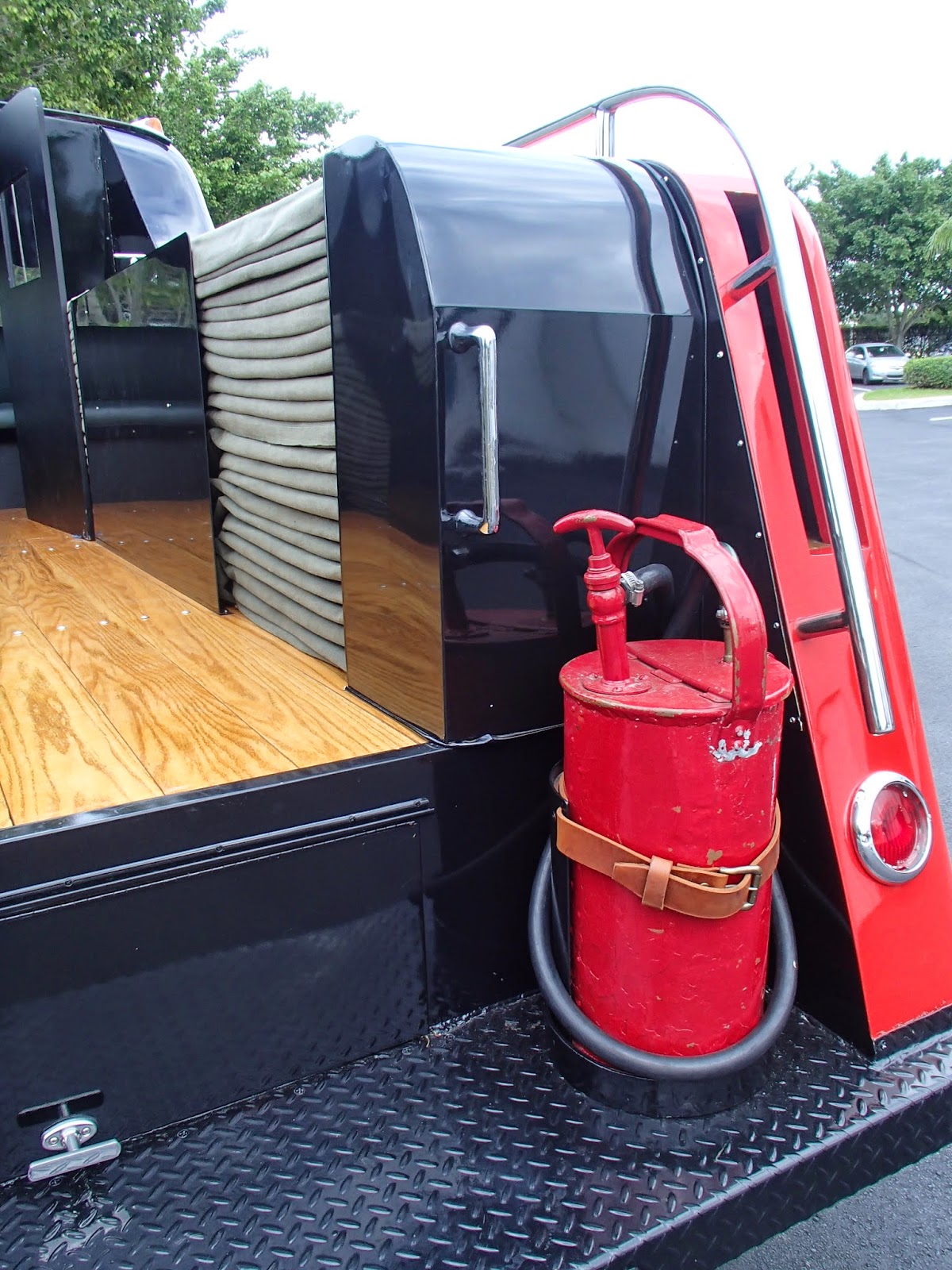 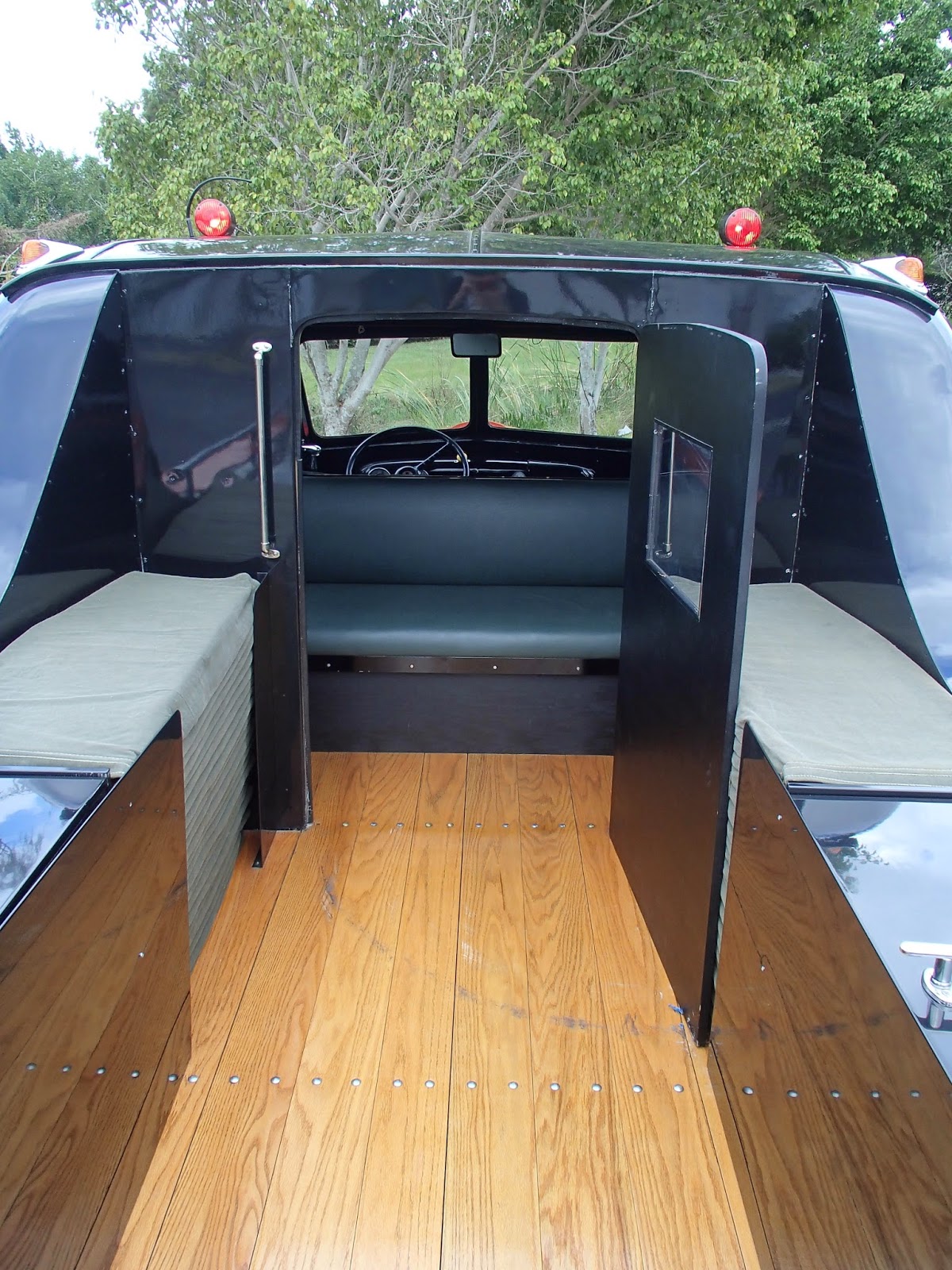 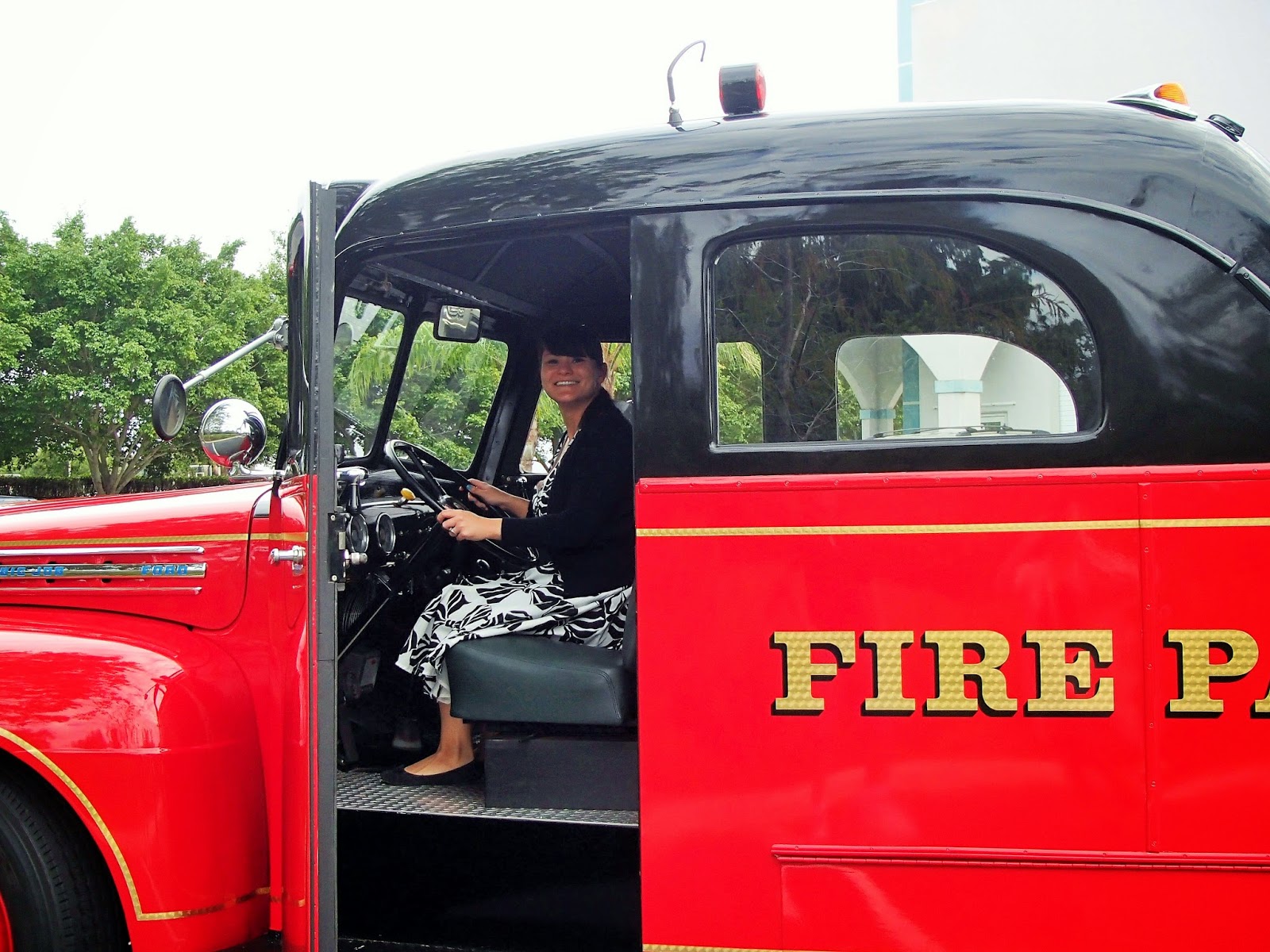 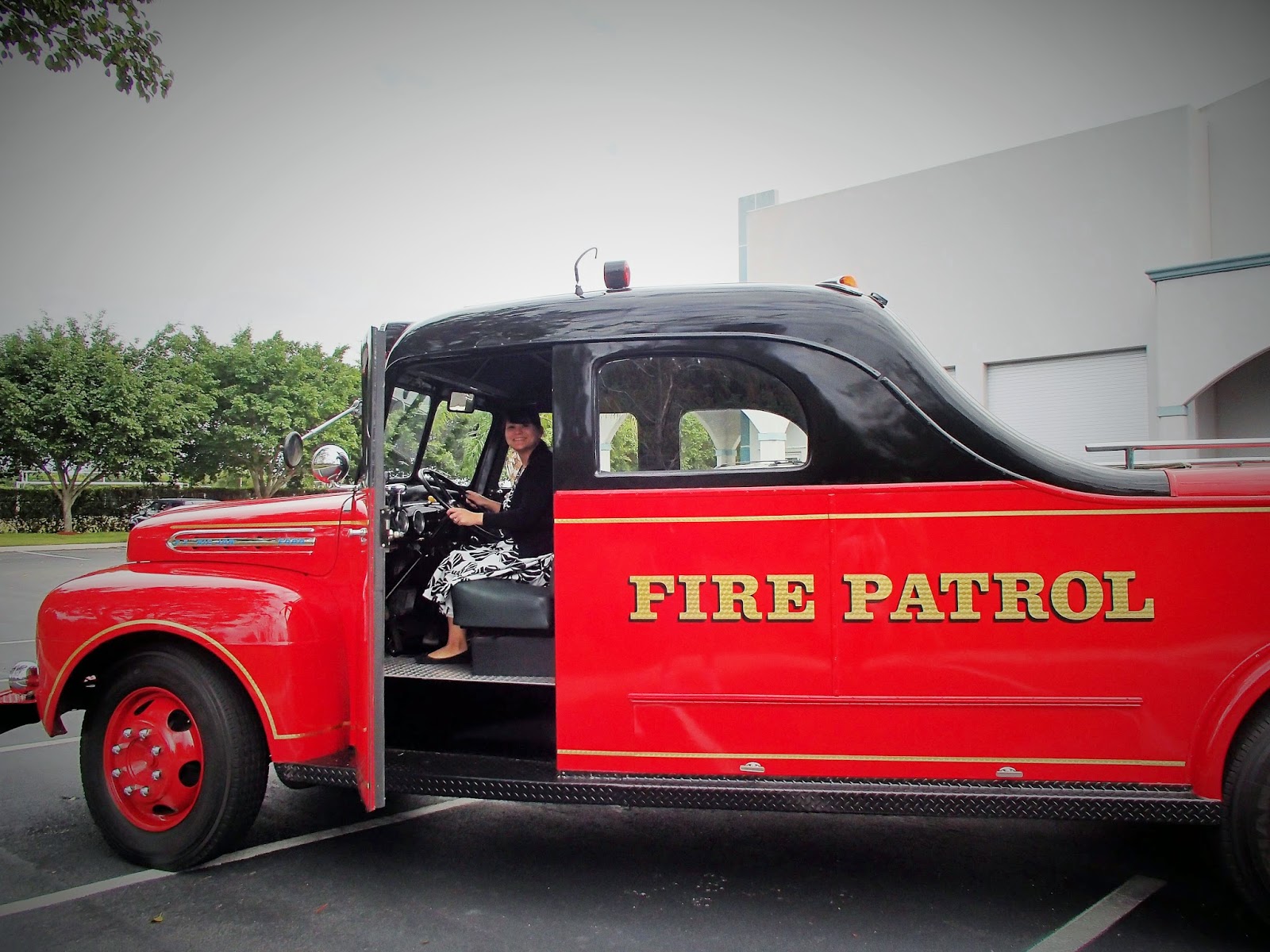 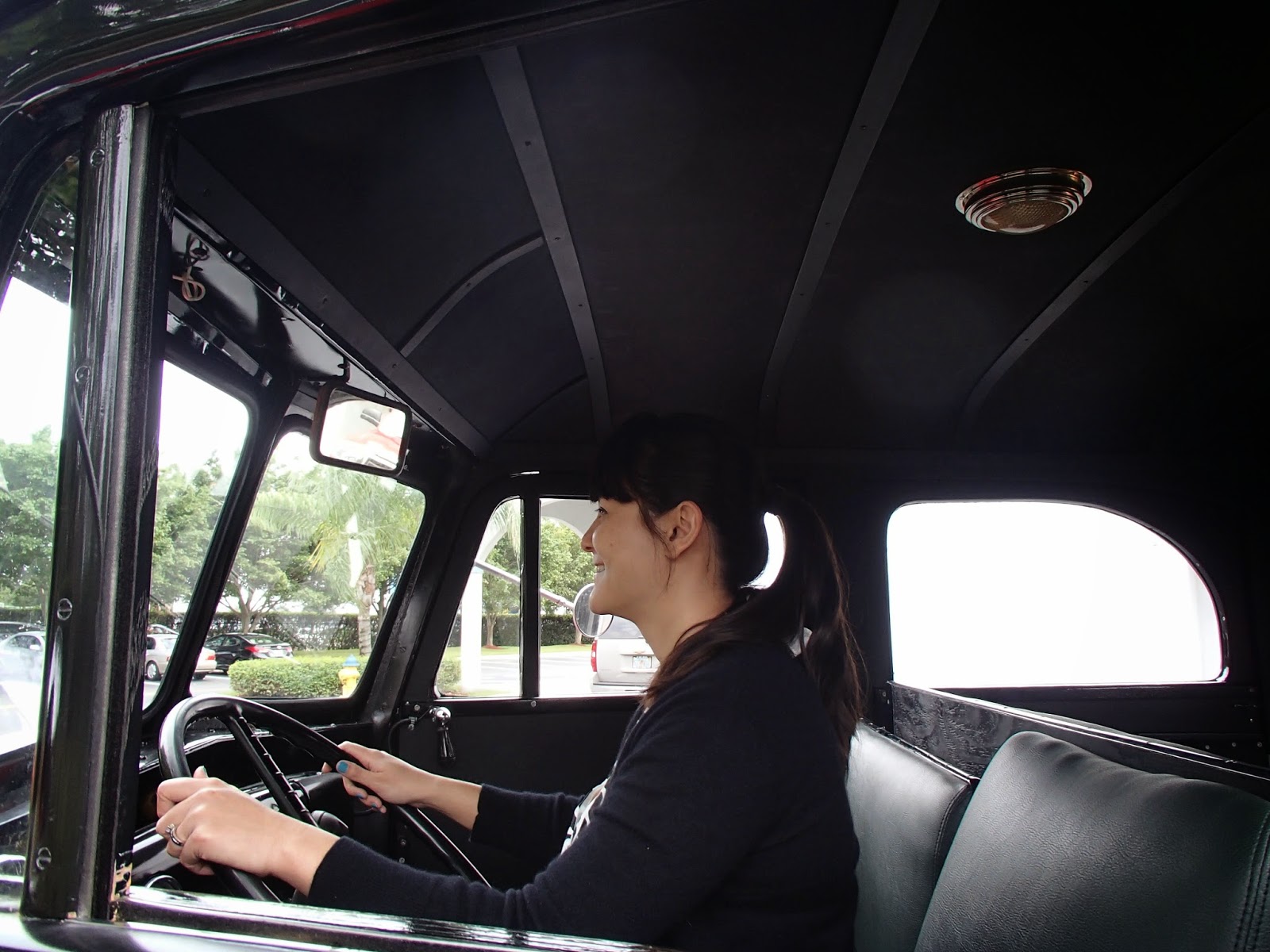 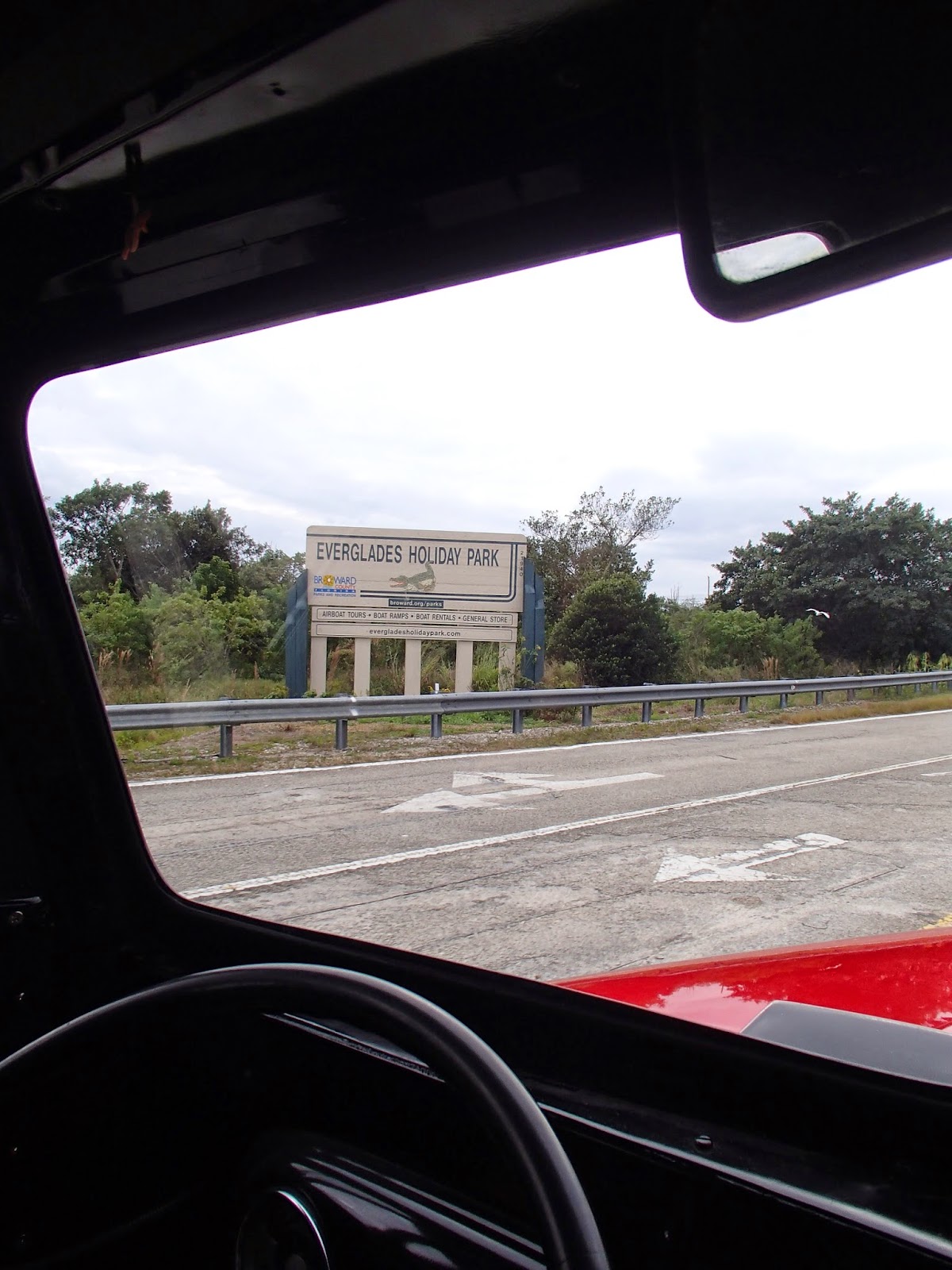 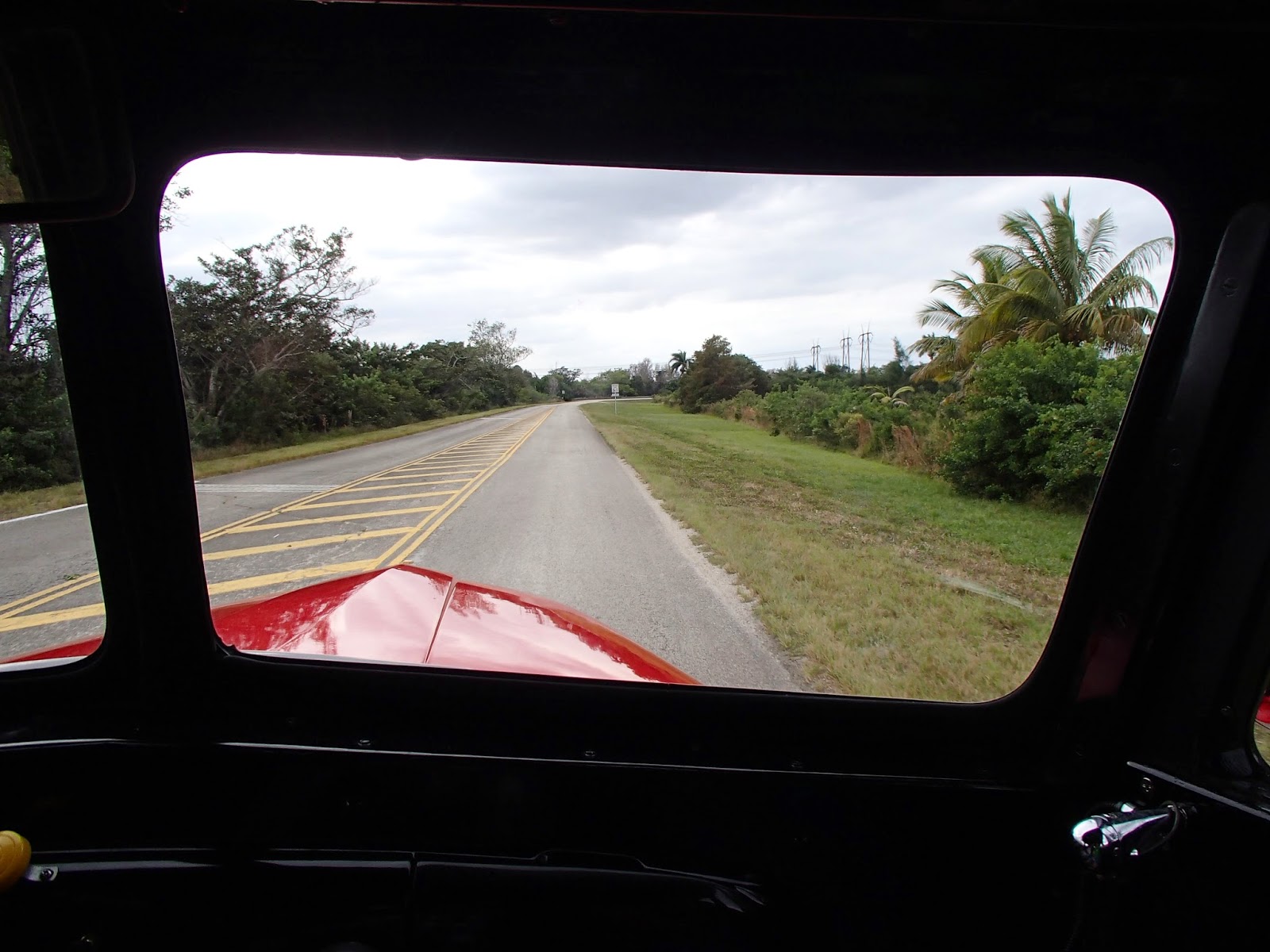 Later that night Tim and I went to my other aunt's house for a bbq dinner and got to see my aunt, uncle, three cousins, and my new second cousin. It's been a long time since I've seen my cousins and it was the first time I got to meet my second cousin. It was a great day and a great way to end the night!

Outfit of the Day;

On our third day in Florida Tim and I went out on our own to see our friend who recently moved to Florida from California. I must have miscalculated how long it would take to drive up to see her and didn't account for so much delay going through the turn pike toll booths... also we should have set the alarm to wake up earlier...  but anyhow, we made it up to see her and while we would have liked to spend much more time visiting, it was a good visit. We got to see her new house, went to see her mom, and then we all went out to eat lunch at a cute resturant between the beach and a waterway. After lunch we went to check out the beach where there were tons of kitesurfers which Tim loved seeing and also got to drive by the local lighthouse which I liked seeing ;)


That night Tim and I went to the historic and iconic Mai Kai restaurant. After reading about it in the blog, Coffin Kitsch (for whom also gave me the inspiration for this blog post), I was jazzed to see it! It was everything I had hoped it would be and more! This restaurant was built in 1956 and plays host to a nightly Polynesian show! While reviews online of this restaurant mainly gush about the show I found the ambiance in both the bar and the restaurant as well as it's vast outdoor garden equally amazing! I had previously made reservations the week before but once again, had miscalculated the time it would take us to get back from our friend's house and into the restaurant and so we missed our reservations by more than an hour! We decided to still go thinking we probably wouldn't get to see the show or get to have dinner but would at least get to see the bar and check this place out. When we got there I told the host our predicament just to see on the off chance if they might have any late cancellations. He told us we can check back right before the second show to see if there were any open spaces. Until then Tim and I went to the bar and had some drinks and snacked on some delicious escargot. The bar was awesome. Just off the main entrance, the bar is decorated like a pirate ship that has sunk underwater. All the windows looking out were continuously flooded with water on the outside and the dim blue lighting on the inside gave it a decidedly eerie vibe. 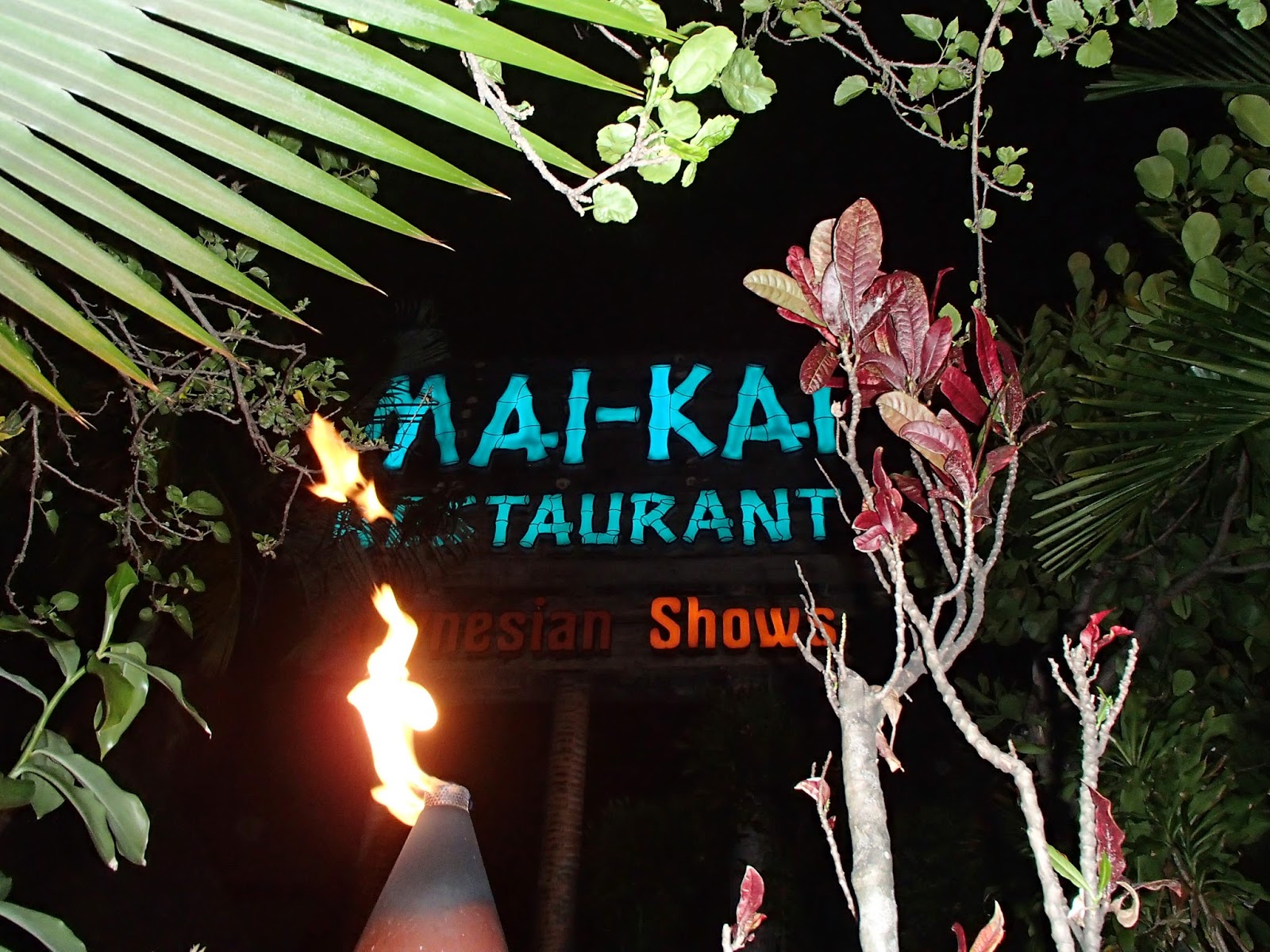 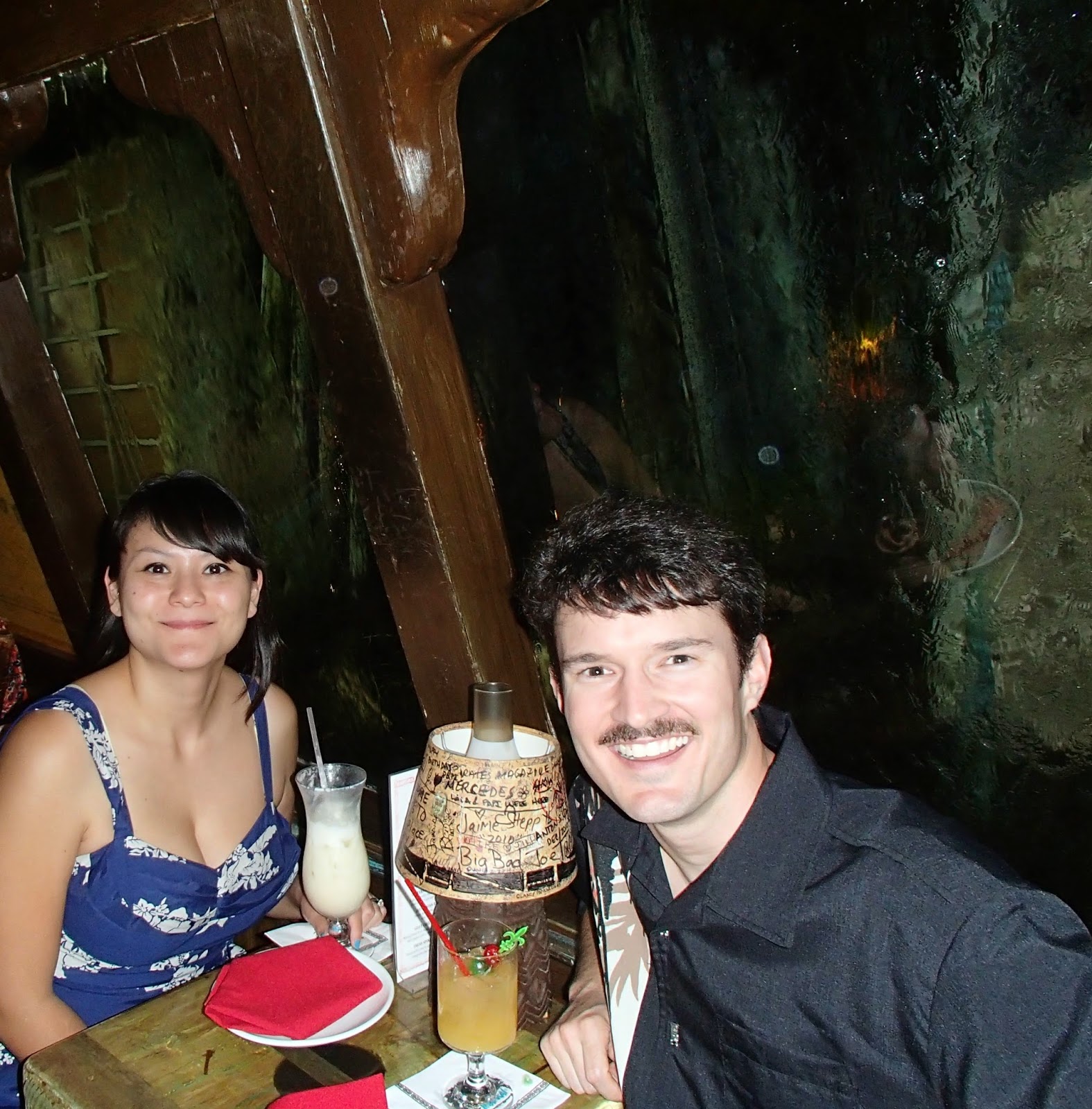 After drinking pina coladas and Mai Kai specials we headed back to the host/hostess station.... and after some farther wait we were able to get seated to see the second show for the night! The show was awesome, there were lots of different dances from several different Polynesian islands including my favorite New Zealand, and there was even a long and elaborate fire dance! It was hard ordering dinner since we were seated so closely to the start of the show because it was hard taking our eyes off of the performances to read the menu but no complaints here since it was totally all our fault for missing our reservations and I was truly blown away that were were even able to get seats at this busy restaurant as essentially walk-ins on a Friday night!


After dinner, we walked around the outdoor gardens amongst the tiki torches, super large tikis, small man-made waterfalls, ponds, and bridges. It was truly an awesome place that should not be missed if you're in the area! 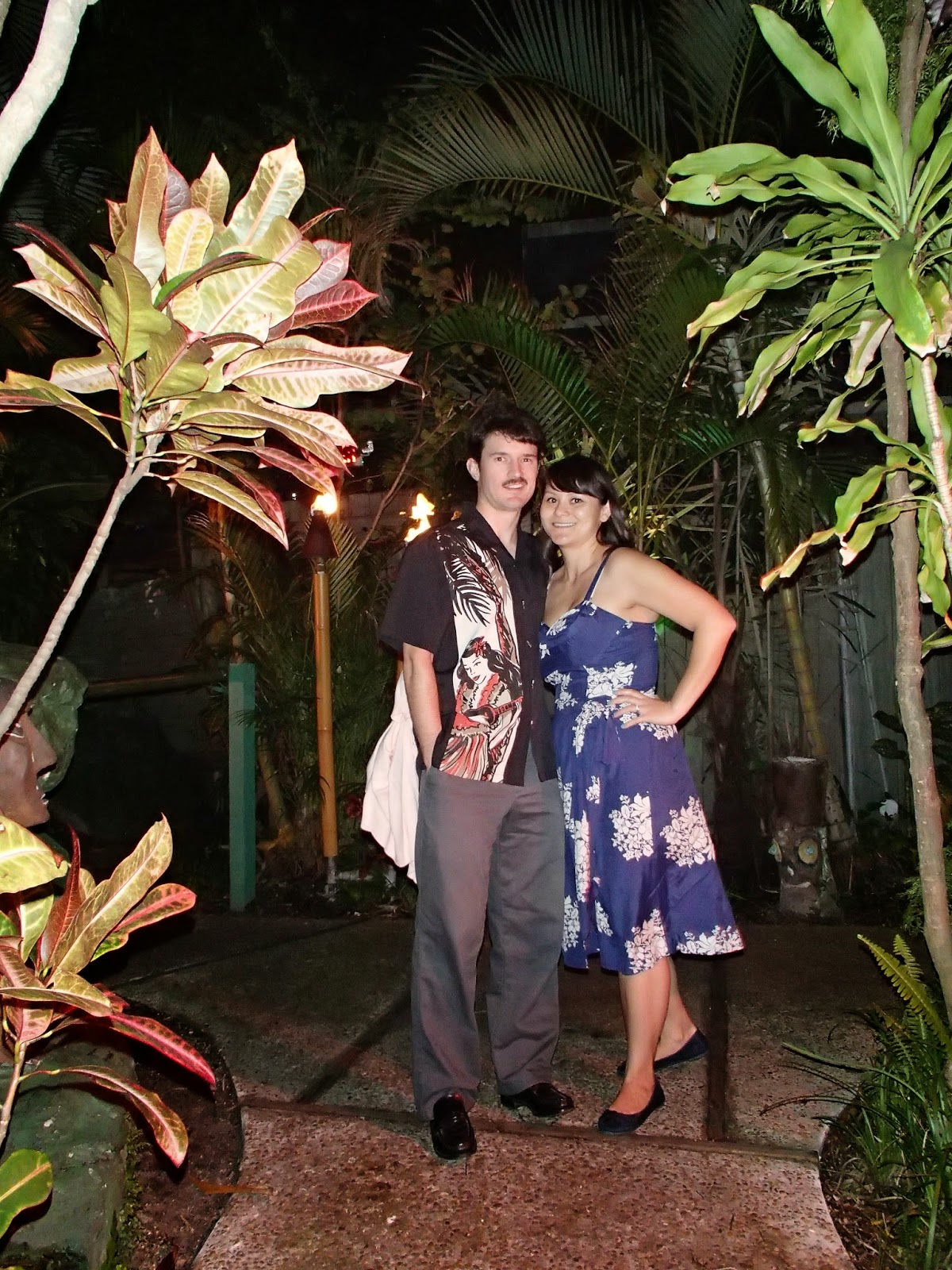 I forgot to do proper Outfit of the Day pictures because we seemed to be running late all day on our third day but hopefully these shots will suffice :)

During the day out with our friend I wore a 1950's diner inspired polka dot dress from Forever 21. I paired this with a cardigan and leggings because it was a little cold. For dinner at Mai Kai I dressed up in a Trashy Diva Lena Sarong dress in Blue Hawaii print while Tim wore Steady's Island Breeze shirt.

Stay tuned for the second part of Vacation Slideshow: Florida, the Sunshine State!