Dessert First, Then a Film

This past Saturday a friend and I went to dessert only tea then to the Standford theater for the Barbara Stanwyck double feature..

I have been interested in trying something from the Golden Tea Garden's dessert menu and because it's been a while since Wendy and I have been to the Stanford Theater (one of my favorite theaters close by in Palo Alto which plays old Hollywood movies in a historic setting) we decided to make a day of it.

We started the day off with dessert!


We didn't have a reservation but were able to pop in for dessert anyway.

I had the sticky toffee pudding with a pot of mulled wine black tea and Wendy had the red velvet cake with the Almond Amaretto tea. It was a dessert and liquor tea day! The teas didn't really have any liquor in it but did have a slight flavor of it.

It was strange going in for tea and not getting any of the lovely tea sandwiches but the desserts were delicious and well worth their own separate trips.


After our dessert tea we headed out to the Stanford theater in Palo Alto. Going to the Stanford theater is a treat in itself. It is an old historic one-screen movie house in the middle of the lit tree-lined street of University Ave, a street which also boasts a plethora of restaurants and store fronts. The double feature for the night was Flesh and Fantasy (1943) and Witness to Murder (1954)  both starring Barbara Stanwyck. In between shows there is a curtain that closes on the screen and a pianist plays in the theater's orchestra pit. Its a very fun and cool place to check out if you're in the area. The double feature is only $7 and they have popcorn, sodas, and candy which are also priced low, $1-3. I love this place!


It was a lovely day. Time spent with a good friend plus dessert, tea, and the Stanford theater makes for a perfect Saturday out!


Outfit of the Day:

For this day I wore a light blue sweater top with crocheted collar by Darling from Modcloth, a navy herringbone skirt by Collectif also from Modcloth, a white belt I got from my sister who got it with something she bought on ebay, and blue Ida heels from B.A.I.T. footwear from Amazon. Before leaving the house, I topped it off with a basic black cardigan from the Gap. 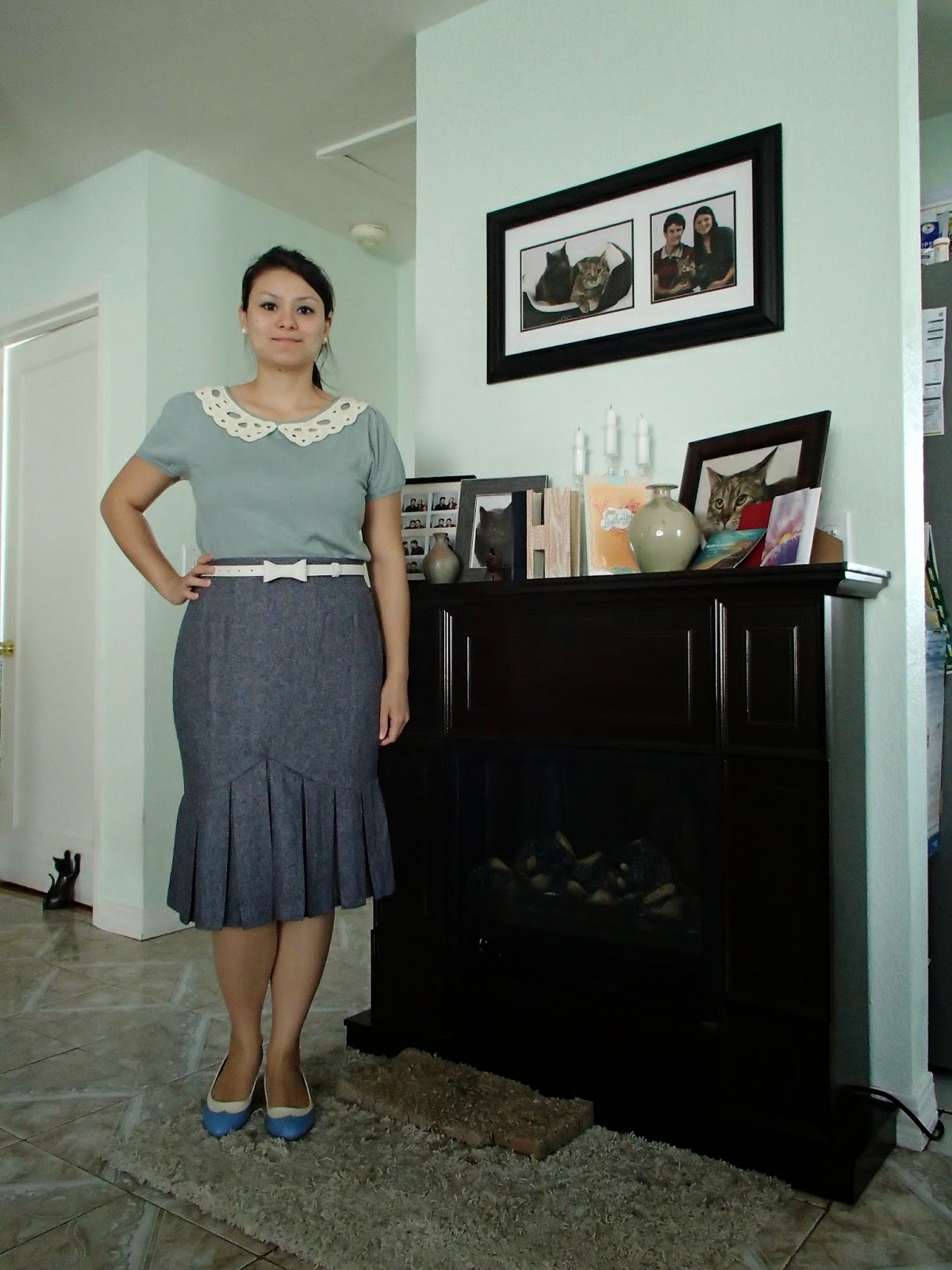 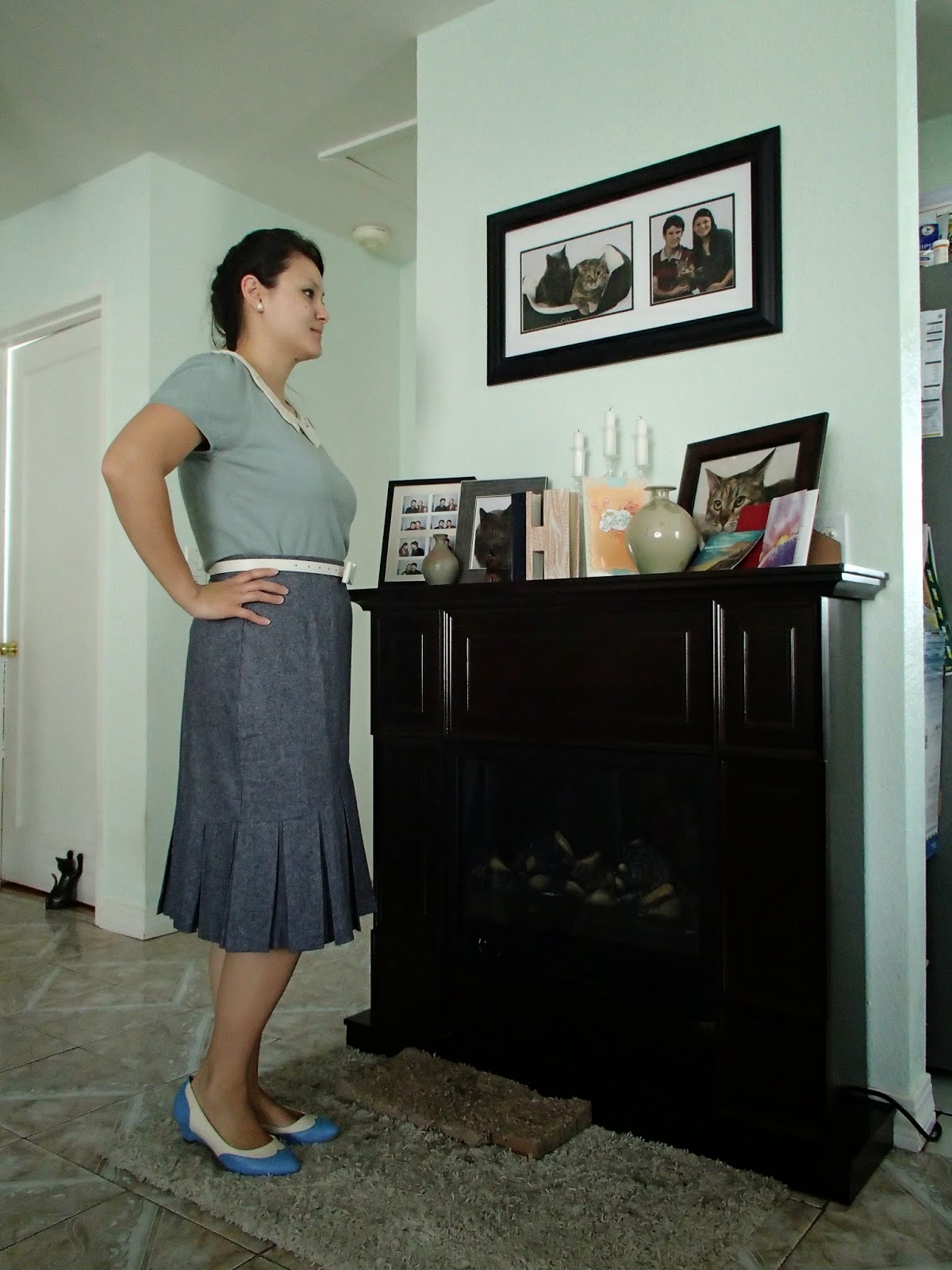 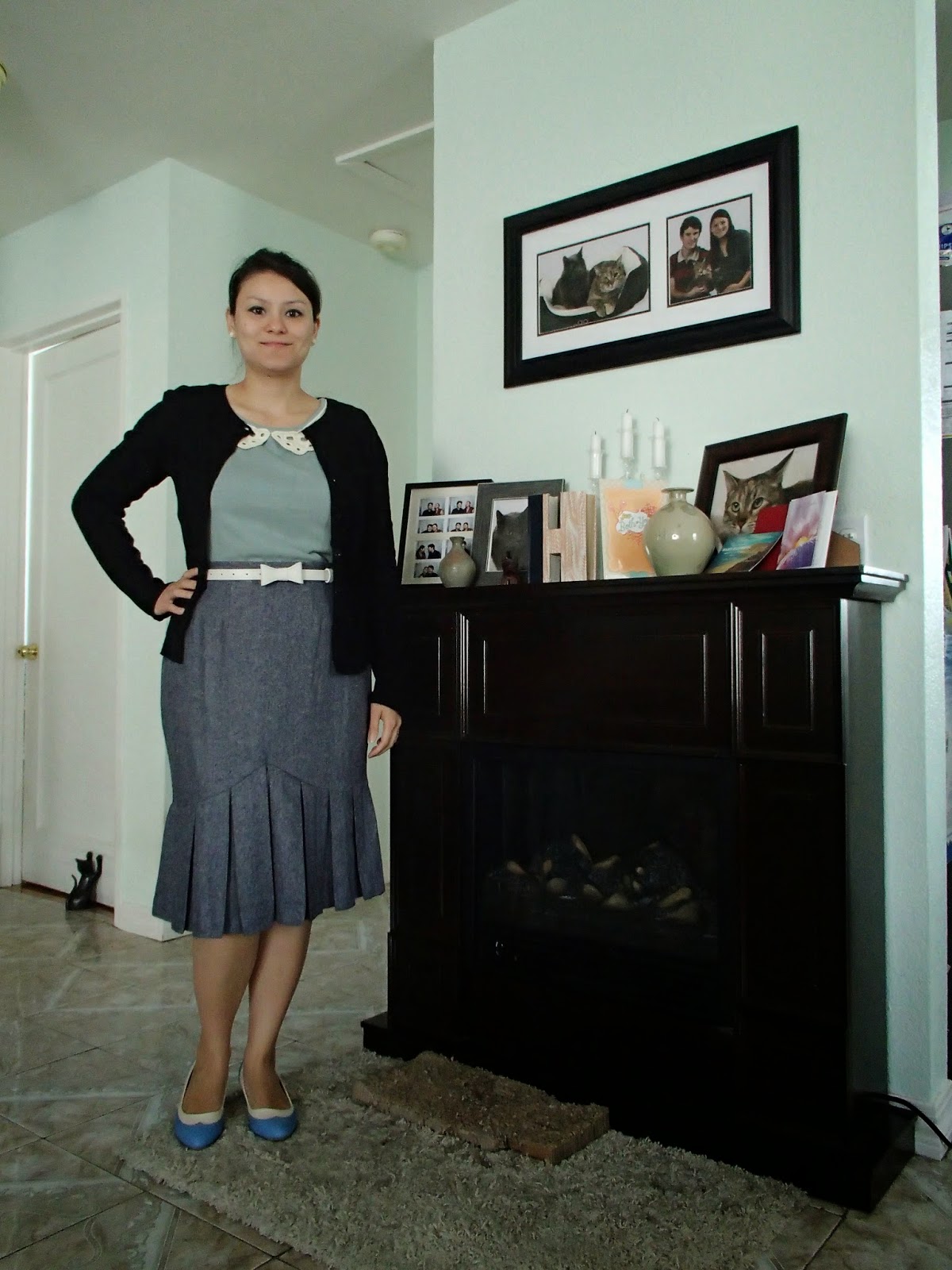 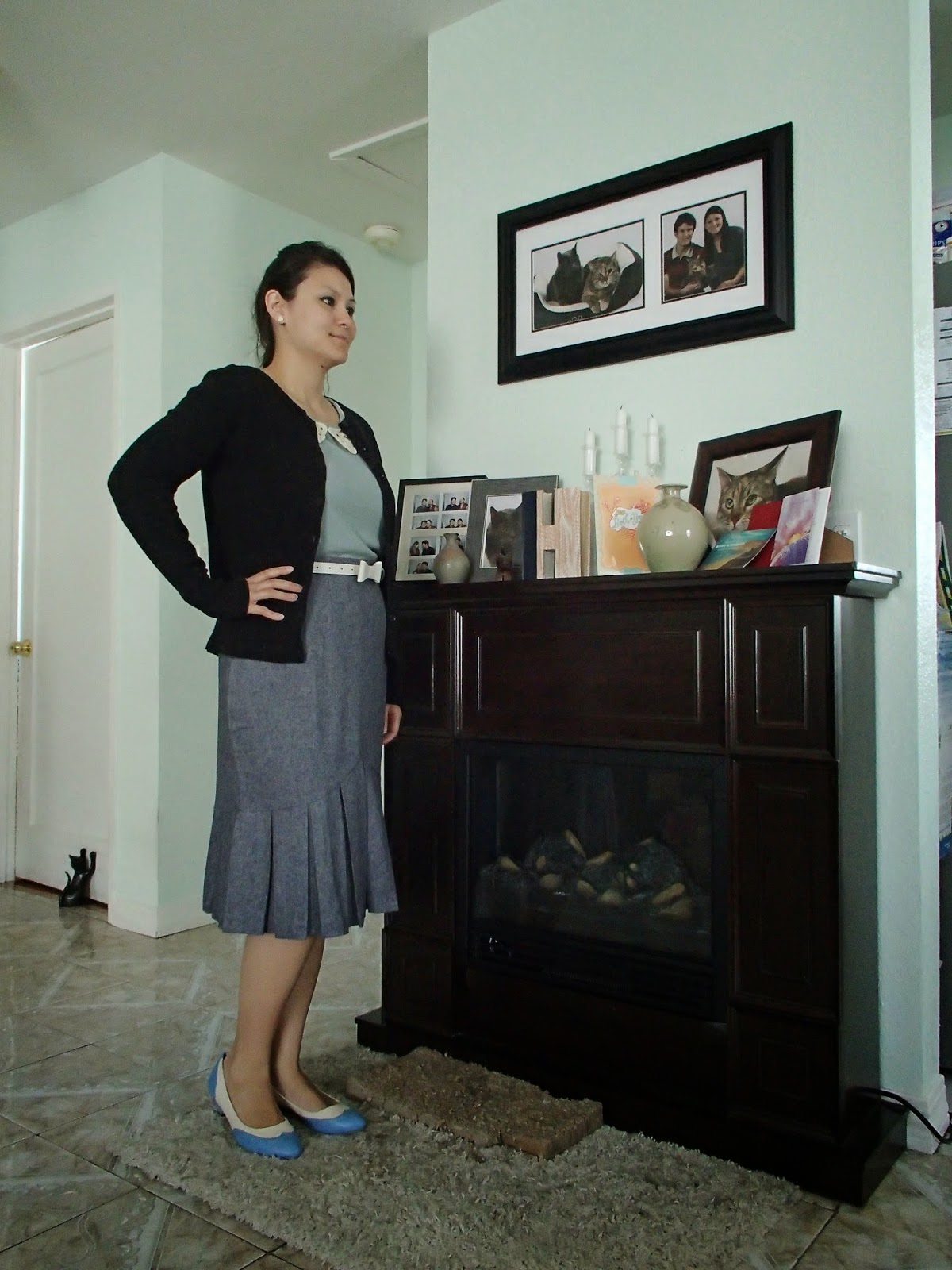