Taking Family Portraits with Cats, and Fox, an introduction

After loosing B.K. earlier this year and my sweet girl Murkurie last year it really solidified to me how unexpected life can be and how quickly things can change. Back in 2008 when Merk was starting to get older I knew I had to take her in and have professional photos taken with her because I knew then, and it killed my heart knowing it, that she would not be with me forever. Now that she is gone I miss her every day but I am comforted being able to see her every day in the photos of her we have around the house. And so with all this in mind, I wanted to capture our family in this moment in time. Also we have two new additions to our household that we didn't have back in 2008 when we first had our family portraits taken, Wolfgang, who's been with us for about 4 years now, and Fox who just joined us a couple months ago.

Since I've never formally introduced Fox, let me do so now. Fox wandered into our yard several months ago and held up residence in our back yard. I was wondering who was sleeping on our outside furniture when I kept finding black fur on the cushions! The mystery was solved when one day saw a black kitty wandering around in the backyard all long limbs and fluffy tail. He looked like a little black fox out there and so we decided to call that one Fox. We put food out for him as we do for all the stray cats that decide to come around but unlike other strays that tend to come and go, this one stuck around for a while, making himself at home in our gazebo on our outdoor couch. Over time we realized that he wasn't a feral at all but was a sweet and friendly boy. When we took him in to the vet to get fixed. We didn't even have to trap him, just picked him up and into the cat carrier he went. At the vet's he was right at home being indoors, roaming around the examining room, rubbing on whoever would pet him. I told my husband, this sweet boy deserves to be inside. And so after checking for and not finding an i.d. chip on him we decided to bring him into our house and make him part of our family. We did wonder though where this sweet boy came from. He was very well mannered and very used to humans. We worried that he might have been someone's lost cat though more likely we expected that he was a cat someone had as a kitten who was abandoned when he got bigger.

Fox has been an interesting character to have around the house. First of all he is a big boy! When he first came to us he was a skinny boy with super long limbs and a big fluffy tail, so he's always been big in terms of frame. But now that he's been in the house for a while (and has gotten neutered) he's gotten big all over and now weights about 17 pounds (and we thought our other son Wolfgang was big!). Another thing that really stands out about Fox to us is that he is a super clumsy cat. We've never seen a cat so clumsy and ungraceful before. The vet suspects, looking at his teeth, that he is only about a year old. That makes sense then that he is so clumsy. It's like he grew into his body too fast and hasn't quite gotten used to his new big body yet. Though I have noticed that the more time passes the more comfortable with his body he becomes. He is not nearly as clumsy and awkward as he first was.

Anyhow, that's Fox in a nutshell. But you are probably wondering about family portraits with cats, so let me jump back to that!

We made an appointment with the Picture People in the mall and went in last Sunday. We decided to bring in our two sons Wolfgang and Fox since they were missing from all the family portraits we have in the house. I told Tim Wolfgang tells me he feels left out and like he's not part of the family since we don't have him in the family pics. ;) We didn't bring all the cats though this time. C.C. Cookie, our girl, we left at home since she is in the other photos. We decided to give her a break and save ourselves from trying to wrangle three kitties in the studio! The whole session only lasted about 20 minutes and I was weary to believe any of the photos came out well since the cats were being crazy and all over the place. I was surprised to see that the photos actually came out pretty well!

And so without further adieu, I present to you the fruits of our labors... family portraits with cats! 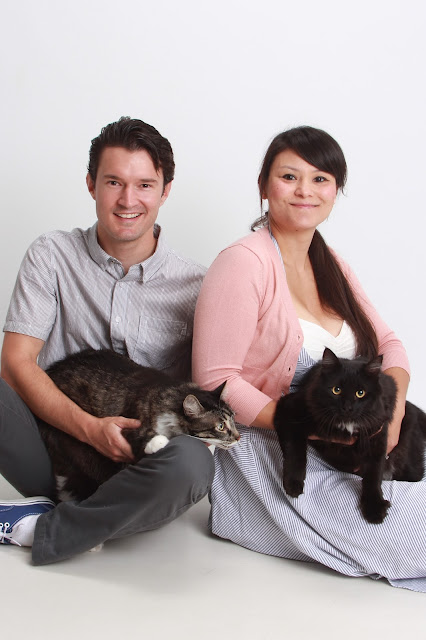 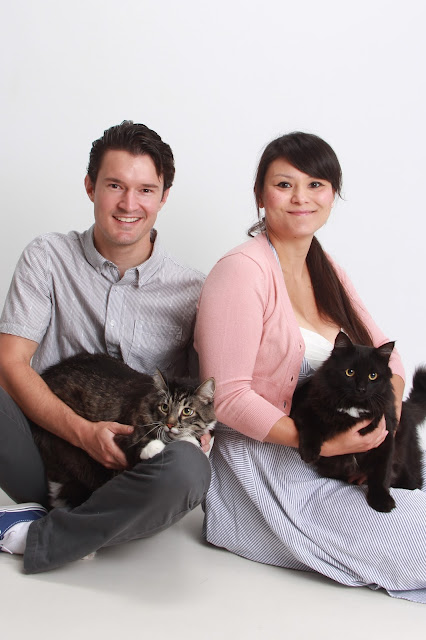 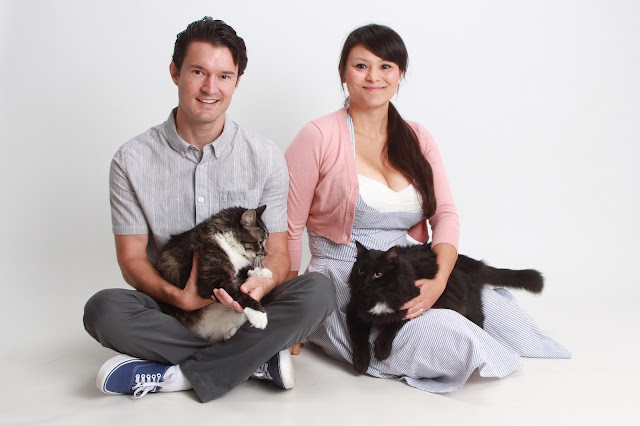 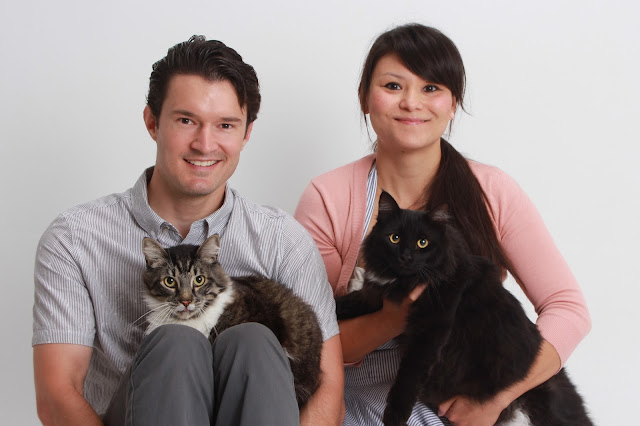 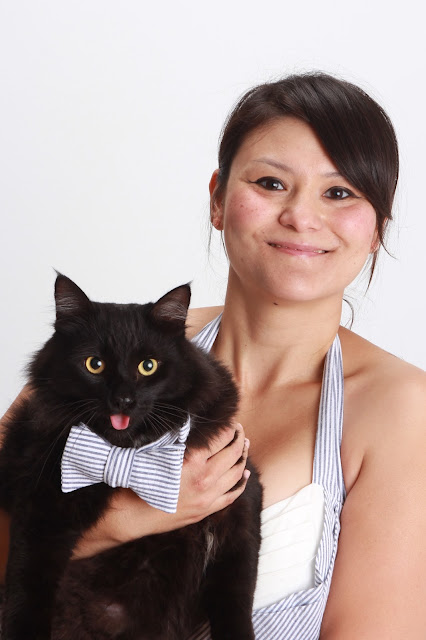 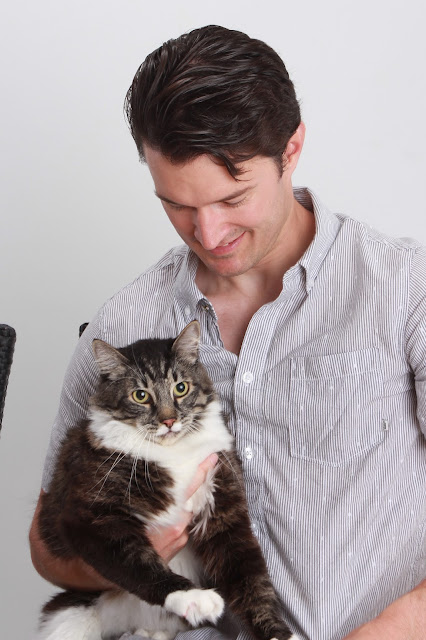 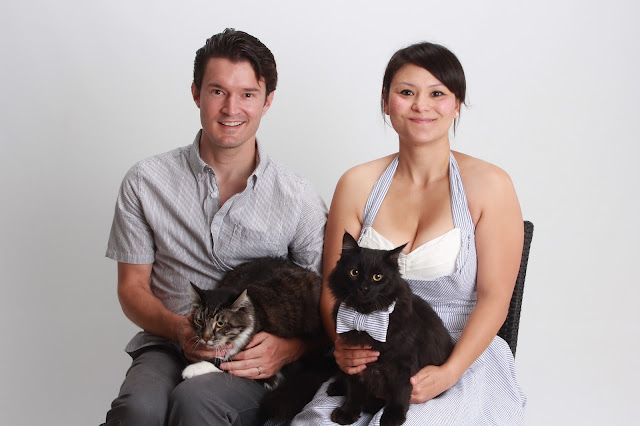 Posted by Silver Cat Tea Party at 9:47 AM

Email ThisBlogThis!Share to TwitterShare to FacebookShare to Pinterest
Labels: cats